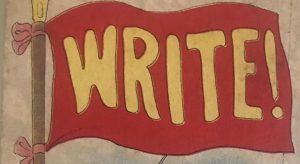 For more than fifteen years, Keith Mark Gaboury has spearheaded action to promote literary engagement. Moving forward, he is seeking to build more literary avenues in the Bay Area, nationally, and globally. Feel free to contact him if you’re interested in a collaboration to support a platform of literary expression from a diverse range of voices who have a right to be heard.

In April 2021, Keith hosted “How to Submit Your Poetry: A Workshop” through the Berkeley Branch of the California Writers Club.

Since June 2020, he hosts a bi-monthly poetry workshop through The Typewriter Poetry Group.

Since January 2020, Keith has been an active member of the Berkeley Branch of the California Writers Club. In June 2020, he was appointed the Advertising & Public Relations representative. Later in June 2021, he was elected to the vice presidency after a democratic vote.

Since January 2019, Keith has collaborated on The Muurje Project with a writer in Paris, France. On this digital platform, his own poetry is artistically showcased through creative auditory and visual display.

Since 2016, he’s served as a poetry judge for the Eric Hoffer Book Award. After reading 20 poetry collections per year, he selects the top 3 collections and writes a 150-word summary on each book.

In 2008 – 2010, he served on the poetry committee and distribution team for Fourteen Hills, San Francisco State University’s high-quality literary journal. In doing so, he served as a voice in making final poetry submission selections and distributing the journal into many bookstores both locally and nationally.

In Spring 2007, Keith served as the founder and editor-in-chief for Harlaxton Showcase as a study abroad student at Harlaxton College in England.

From 2004 – 2008, he worked on the submissions selection committee for Watershed, Baker University’s student-run literary journal. 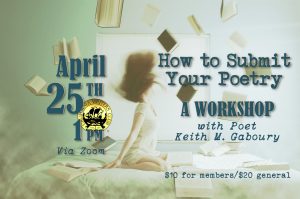